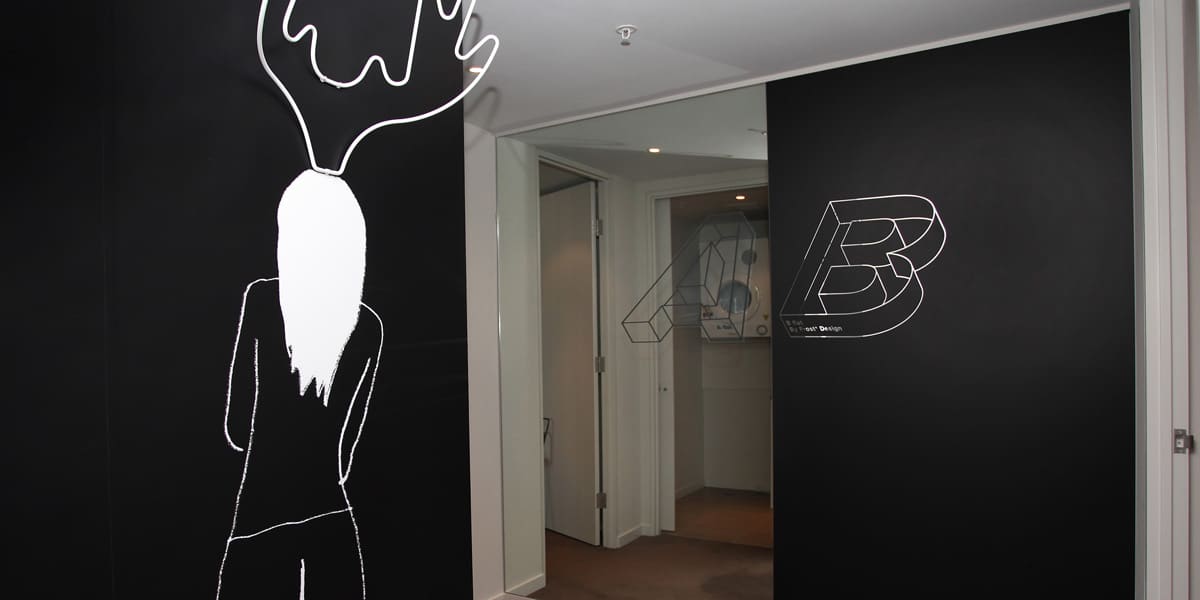 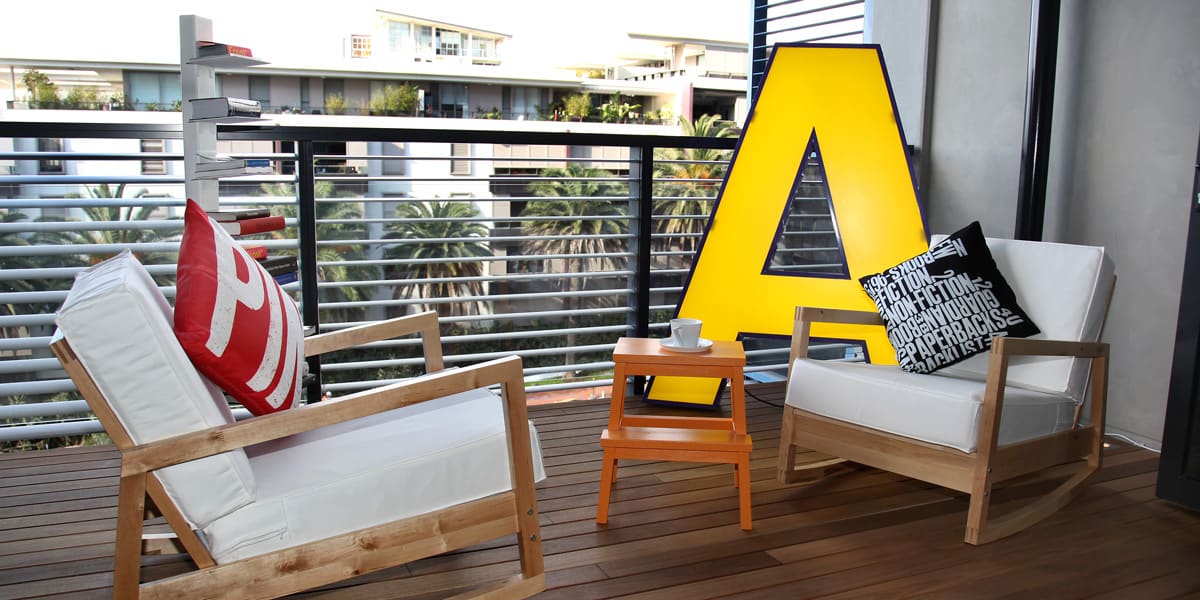 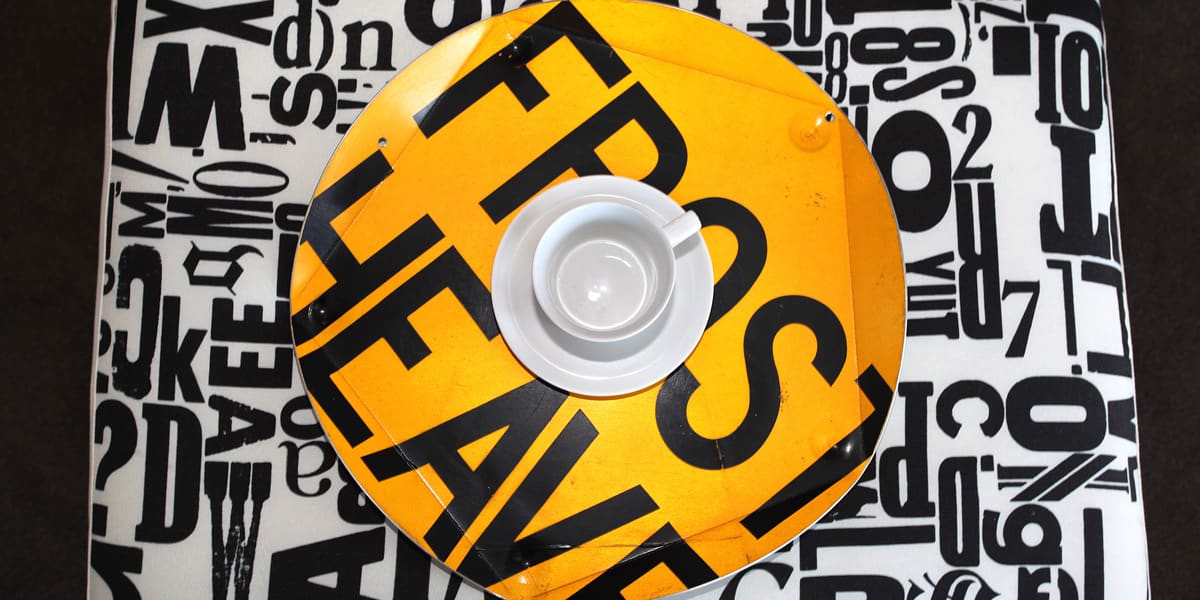 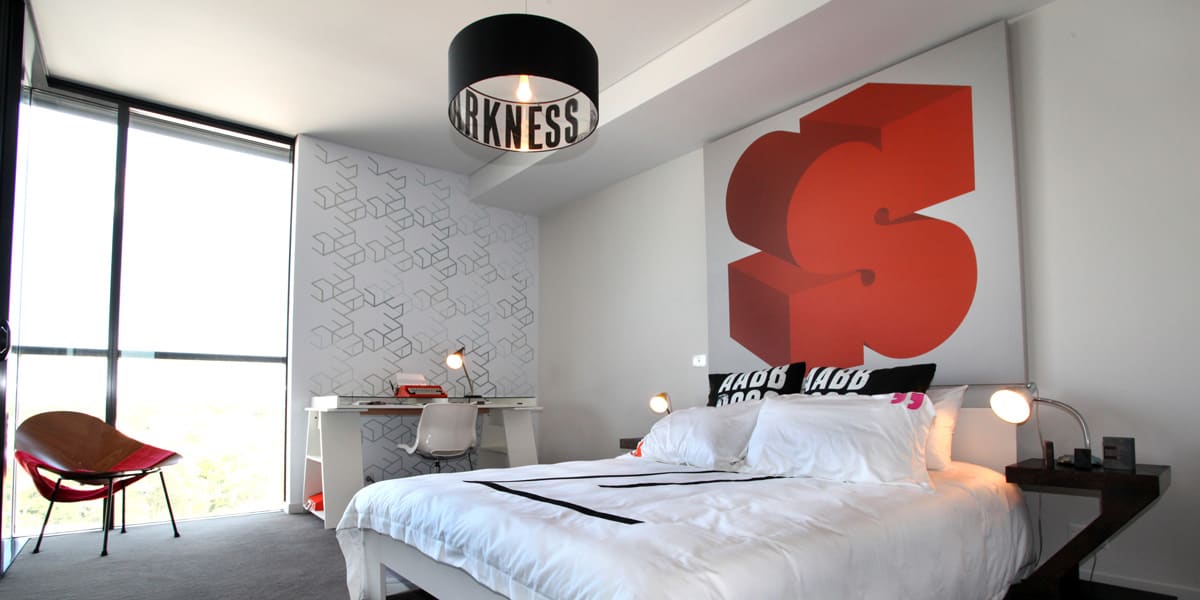 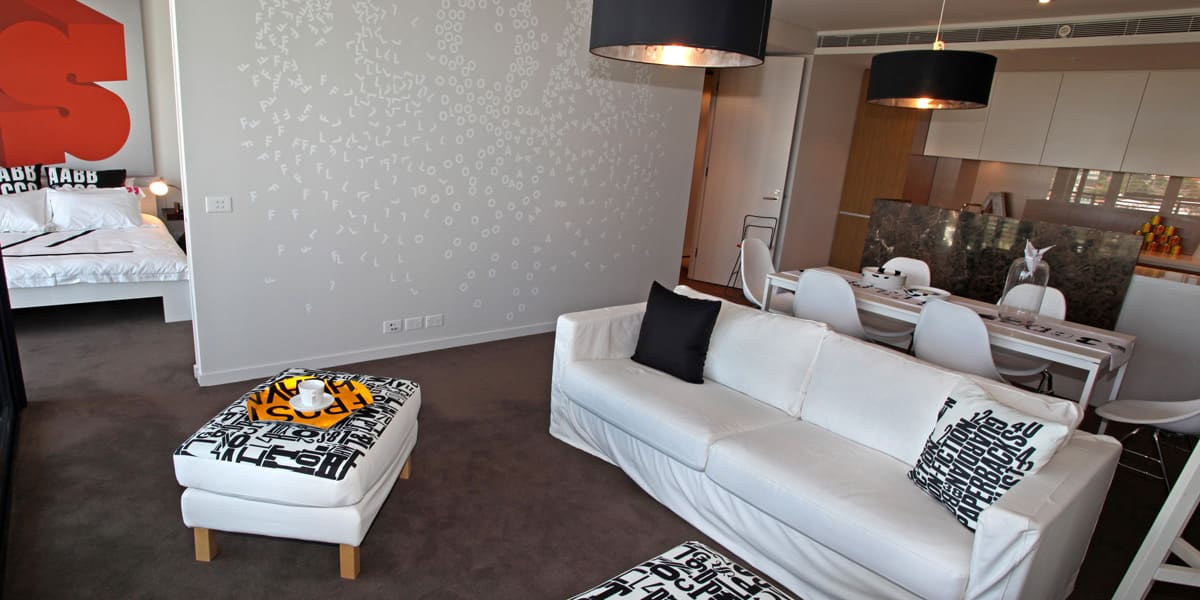 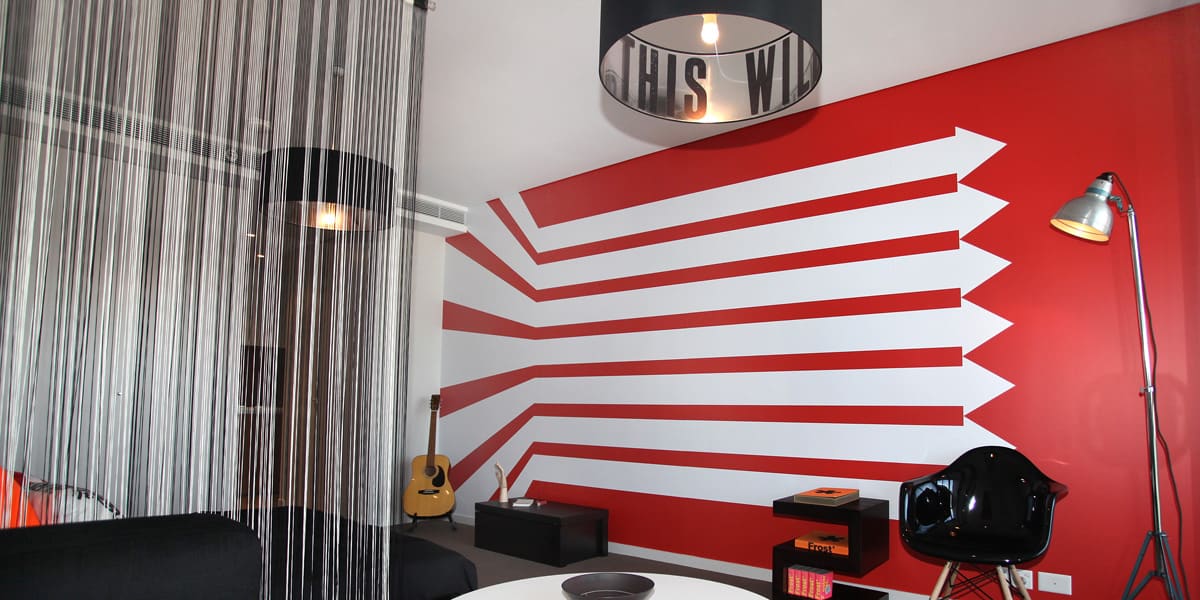 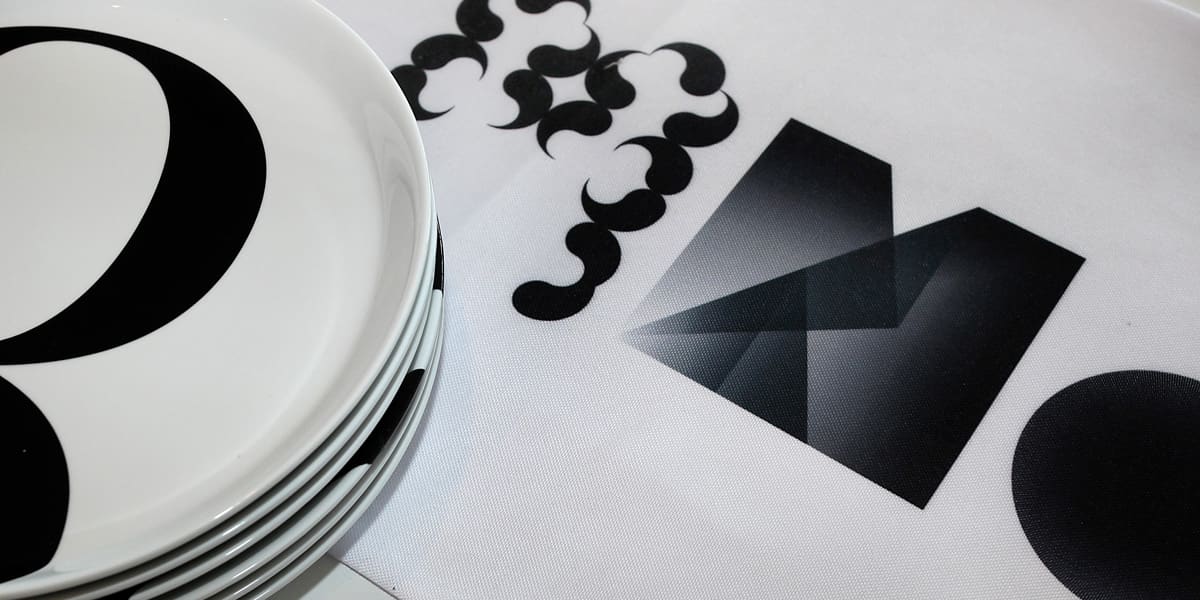 Brand Fuel teamed up with internationally acclaimed typography and design guru Vince Frost and his team of elite designers, to produce custom Frost*-designed graphics across a range of different media for a display suite in the prestigious Frasers Property TRIO development of the former Royal Alexandra Children’s Hospital site at Camperdown, a leading edge urban lifestyle precinct of high end apartments.

Display units are traditionally minimalist chic and impersonal – even a trifle bland – relying on the prospective buyers to envisage their own furniture would look like in a living space tweaked with their own personal flair.

This place rocks! Brand Fuel has produced and permeated the ambience with distinctive Frost*-designed Typography on Image Fabric using commercially graded material and subsequently upholstered onto supplied furniture throughout the apartment including, ottomans, pin cushions, Euro pillows, a table runner, even down to a tea towel.

A subtle wall graphic spelling out the word FLOAT has been produced from a white gloss computer cut vinyl application on a contrasting white matt painted wall from numerous multiples of the five FLOAT letters and then installed to form the letters themselves.

Oversized custom Image Canvas on the living room wall grins cheekily as you eat dinner and another in the bedroom features a huge S above the bed to remind you why you are there – for sleep.

The word HOME appears across the back of the sofa and is visible from the open plan kitchen.

The pièce de résistance is three-dimensional letters, including an oversized letter A from the original Aussie Stadium signage, which is wired up to be illuminated… yet another creative touch by Frost* Design to make this Frasers Property living space come to life!

The synergy between Brand Fuel and Frost* Design has given the living space by Frasers Property a real energy and wit and taken leading edge urban design to a new level.

As seen in Real Living Magazine

The University of Sydney