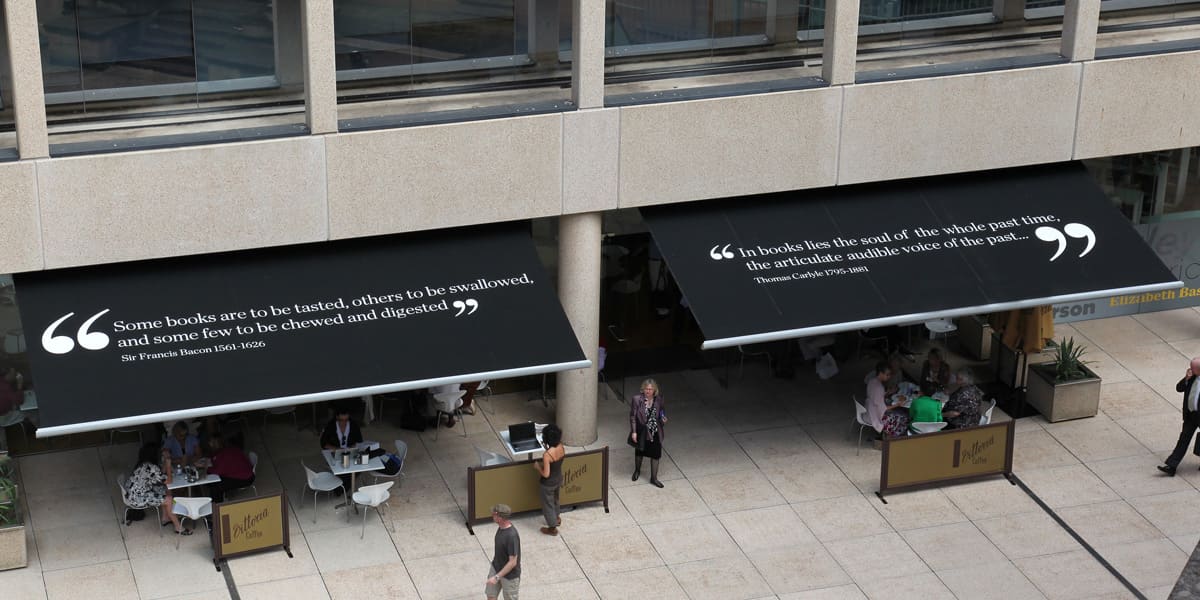 As part of renovation works to celebrate the one-hundred-year anniversary of the NSW State Library, Brand Fuel produced, using a process of mask and paint onto 7 metre wide awnings, two lapidary quotations on exterior awnings for Café Trim, the library’s café which can be seen from a number of neighbouring vantage points.

Francis Bacon 1561-1626 (not to be confused with the debauched 20th century painter of the same name) was an Elizabethan scholar, philosopher, nobleman, politician and courtier who was often suspected of being the real author of many of Shakespeare’s plays.
“Some books are to be tasted, others to be swallowed and some to be chewed digestively.”
Thomas Carlyle (1795-1881) was a Scottish writer of mainly satirical works whose works are virtually forgotten today but whose greatest claim to fame is this description of economics as the dismal science.

The full quotation is:
“In books lies the soul of the whole past time the articulate audible voice of the past [which the body and material substance of it has altogether vanished like a dream].”
If these two men were alive today, they’d no doubt be making a fortune as copywriters at Saatchi.

The University of Sydney